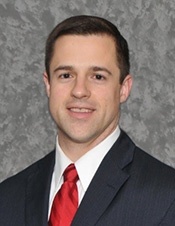 Nick founded Pro Quality Cleaning in 2009. He holds a B.S. in Economics from Penn State University where he also completed their Army R.O.T.C. program. Upon graduating in 2002, he served five years in the Army as an Infantry Officer with the 101st Airborne Division and deployed twice to Iraq in leadership positions. He earned numerous Infantry awards and decorations during his time in the Army.

After receiving an Honorable Discharge from the Army in 2007, he worked in corporate management and sales for two years before helping his mom with her cleaning company and discovered what he was passionate about: starting a business in the cleaning & janitorial industry. He then started Pro Quality Cleaning from the ground up and worked two years as the company’s sole janitor and employee. He worked tirelessly around the clock as he cleaned offices at night, conducted marketing and sales during the day, and learned every level of the industry.

Nick is a strong advocate of business education among today’s youth and is a volunteer with the Pennsylvania Free Enterprise Week (PFEW) and Junior Achievement, where he helps to educate young people about working hard and running a business. He currently resides in the West Shore Harrisburg area with his wife and three daughters.

His passion for business and the cleaning industry is second to none. He is a true janitorial industry professional and has earned the following industry designations:

Get a FREE Estimate!